CE+T Group has obtained the Gold label in recognition of retaining the Best Managed Companies label for four consecutive years. Each year, the Best Managed Companies programme rigorously evaluates and challenges organisations’ strategy and operational management against a proven global framework based on four pillars: a clear long-term strategy, extensive capabilities, strong commitment, and excellent financial performance. After a challenging year, resilience, leadership and agility have been particularly acknowledged by the independent jury. 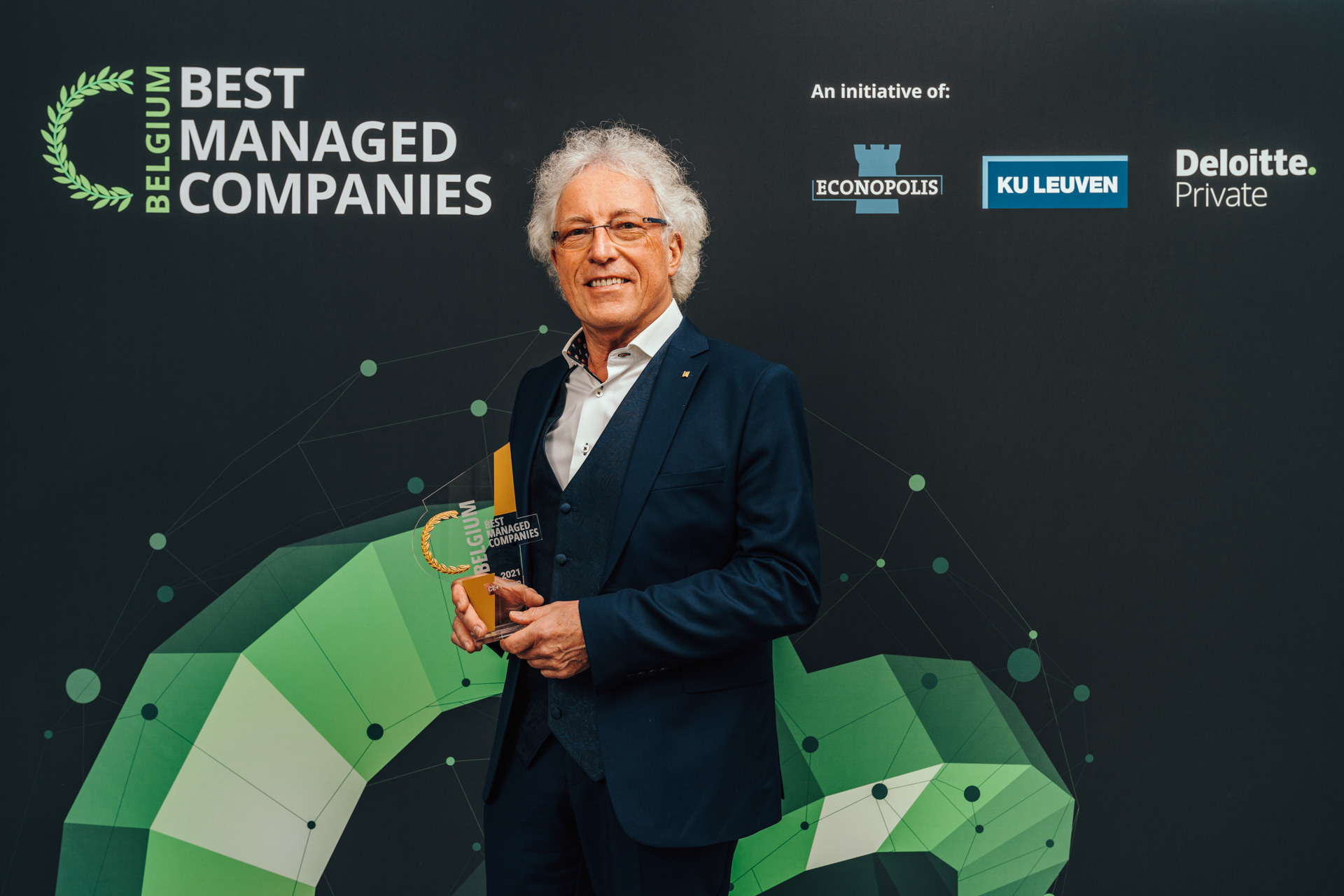 A word from our CEO

“We are honoured to bear the gold label and remain part of the community of Belgian private companies. Being recognised as Best Managed Company four times in a row confirms that we have strong assets to steer through challenging times, support the economic growth and embrace the world of tomorrow.” says Robert Eyben.

In 2017 Deloitte Private launched Belgium Best Managed Companies in collaboration with Econopolis, joined by KU Leuven in 2019. The programme aims to provide guidance and recognition for Belgian privately owned and managed companies that achieve excellent results.

The globally proven framework is used to assess their leadership qualities and practices in the areas of strategy, capabilities, commitment, and financial performance. Companies wishing to participate in the programme must have a turnover exceeding €10 million. They must have been established for at least five years, with more than 25 full-time employees and a majority stake (> 60%) owned by a Belgian resident, person or entity. The company’s HQ or a major decision centre must be located in Belgium and they must be fully compliant from a legal, tax and ethical perspective.

The Best Managed Companies label is intended to become an international label denoting quality and excellence. The programme was developed 28 years ago in Canada and has been rolled out in the meantime over 35 countries worldwide.

Since the 60’s, CE+T Power is specialised in the electrical power back up for critical applications. Located in Wandre (near Liège), the company has a turnover of more than 40 million euros and employs 275 people worldwide. The company has built its international reputation over the years, notably due to the winning of the Little Box Challenge organised by Google in 2016 (with an award of 1 million US$) and the label “Best Managed Companies” by Deloitte four years in a row since 2018.

CE+T Group is a multinational conglomerate of companies that creates, through an efficient and collaborative environment, advanced solutions to ensure peace of mind of its customers and the future of our planet. CE+T Power and its subsidiaries in America, India and China are part of the CE+T Group. CE+T Group then diversified itself by creating CE+T Energrid and CE+T Telecommunications, and by acquiring various companies such as Alpha Innovations, GAI, Gertek, Jema and Serel.